This article was written by CSU Libraries on May 27th, 2016.

For the past few months, staff at San Jose State’s King Library, CSU Northridge’s Oviatt Library and Fresno State’s Madden Library have been working collaboratively as “vanguard” campuses to create and share test instances of Ex Libris Alma. The CSU Chancellor’s Office is leading all 23 California State University libraries in implementing Alma as a shared Unified Library Management System (ULMS) platform. Testing the platform on a smaller batch of data is an important stepping-stone towards achieving that goal.

“This is really the first chance to migrate data onto this new platform,” said Madden Library systems analyst María Peña. “By vanguard campuses going first, it gives our sister institutions a peek at what their data will look like in Alma. This will help the CSU libraries streamline the migration process as we make the transition to a unified management system.”

Advantages of a vanguard approach

The three vanguard campuses had the unique opportunity to test the process of migrating to the Alma platform before all 23 campuses migrate permanently in spring 2017. The vanguard libraries are serving as a model for other campuses, troubleshooting problems, and strengthening the CSU’s working relationship with Ex Libris.

“The reason why the vanguard approach is so helpful is that sister institutions get to watch us make mistakes that they can avoid, making them feel more comfortable about the entire migration process,” said Madden Library IT staff member Renaldo Gjoshe.

“The great thing is you get a sense of what to expect from the migration experience,” Peña added. “You know you’re going to have a chance to do it again, evaluate the data and clean things up.”

Because issues within the platform will be ironed out beforehand, the vanguard approach has also made it possible for all 23 CSU libraries to migrate onto this new system at the same time. Previous migrations this size have been rolled out in waves, a more costly and complicated process.

“Historically, we were not able to migrate all 23 campuses to a new model the way we can with Ex Libris,” said King Library associate dean Rae Ann Stahl. “This migration process really changes the way we approach implementation.”

Throughout the process, the vanguard campuses have had the chance to gain a better understanding of Alma and how to work with the software and the Ex Libris team.

“Ex Libris has been very responsive to all of our inquiries which helped us address the problems we encountered very quickly and effectively,” Gjoshe said. “To me, Ex Libris is constantly innovating and constantly building to make Alma better. I hope their level of responsiveness continues as other campuses begin to implement the platform.”

According to the vanguard campuses, this project has strengthened cross-campus working relationships. With the promise of even more collaboration through a unified library management system, teamwork is an important component of the ULMS migration process.

“When we decided to go with Ex Libris, a lot of people came together both on our campus and system-wide to make this migration work out successfully,” Peña said. “That’s what really made it possible — the team effort.” 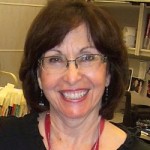 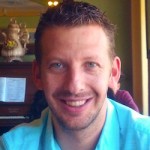 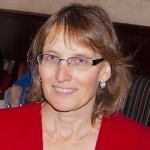 The process of migrating 23 campuses’ data all at once will be a massive undertaking, but the vanguards’ hard work proactively solving problems before the full migration occurs should make the process smoother for all involved.

“Hopefully, this will benefit a lot of other campuses and future library systems will learn from our model,” Stahl said.

The CSU system may be blazing a trail for other university libraries with its unified migration model.