Camarillo, Calif., November 09, 2015— Santi Visalli and his camera were there when the Beatles played on the “Ed Sullivan Show.” He was there when Martin Luther King spoke outside of the United Nations. He was there when President Richard Nixon sat down with the Soviet Union’s General Secretary, Leonid Breshnev, to sign the Anti-Ballistic Missile Treaty.

A photographer who captured images of five sitting U.S. Presidents, movie stars, political icons and the soul of the 1960s and ‘70s, to name just some of his work, will speak at CSU Channel Islands (CI) about his life, and the 106,964 images he has donated to the University. 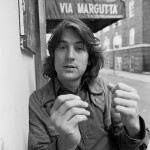 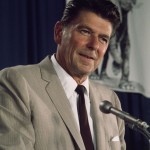 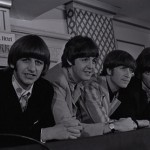 “A Life in Pictures,” which will include about 50 pieces from the collection, will be on display in the John Spoor Broome Library and the second floor art gallery from November 16 through February 12, 2016 with a reception and artist’s talk on Thursday, November 19 from 5 to 6:30 p.m.

“He’s a walking witness to the last part of the 20th century and the beginning of the 21stcentury,” said Professor of Art History Irina D. Costache, Ph.D., who is curating the show. “Through his lens, he continues to be part of these moments and through his work, we, the viewers are also present.”

Visalli, now 83, chose CI to receive his collection because, he said, he wants to be part of an institution that is growing, and he wants his legacy to inspire generations to come.

“I want to evoke the same emotions I felt when I took the pictures,” he said. “It can be joy, it can be sorrow. Number two, I want a historical record. I want people to look at the pictures 100 years from now and know what life was like. And I want people to get educated about good photography.”

The photographer who would capture so much of American culture in the ‘60s and ‘70s was born in Sicily, and as he grew, developed a hunger to visit America. After World War II ended, the hunger grew fierce.

“Since I was a little boy I had a fascination with America, even though they were dropping bombs on my head,” he said.

Visalli wanted to be a journalist, so he and two other aspiring young journalists hatched a plan to go around the world by jeep, a trip financed piecemeal by the Italian government with the understanding that they would extol the virtues of Italy.

The journey around the world took almost three years, with Visalli taking photos and developing a love for the process.

“Images talk to everybody and they don’t have to be translated,” he said.

Visalli fell in love with New York after he and his band of wandering journalists arrived under the shadow of Lady Liberty.

He enrolled in school and began doing freelance photography. Ultimately, his clients would include the New York Times, Life magazine, Newsweek, and a broad range of high-profile American and European publications.

Throughout his career, he was hired to photograph Presidents Lyndon B. Johnson; Richard Nixon; Gerald R. Ford; Ronald Reagan and Bill Clinton.

“Johnson was bigger than life, believe me,” Visalli said. “An extremely tall man, a little on the crude side. More refined were the Kennedys. The one I really photographed a lot was Nixon. We covered him the first day he sat at his desk (in the Oval Office). I was right in front of him.”

“They wouldn’t let him speak at the UN, so he sat in front of the UN to make a speech,” Visalli said. “I took a long lens. When his eyes met my long lens, I immediately realized this man is going to be somebody.”

“He knew I spoke Sicilian, so he came to me to be coached in the Sicilian dialect,” Visalli said.

Visalli was also close to artist Andy Warhol and numerous directors who allowed him to shoot young stars who would become icons of the silver screen.

“There aren’t too many people who were able to be close to Andy Warhol,” Costache said.

CI Head of Collections and Technical Services for Broome Library, Stephen Stratton, said these images and negatives provide a rich learning opportunity for students of all disciplines.

“The Santi Visalli collection will provide ample opportunities for students to visualize historical personalities, places and events,” he said. “They will be able to use the photographs to study not only the work of a great photographer, but to add to their study of the historic events and periods that are part of his work.”

About California State University Channel Islands
CSU Channel Islands (CI) is the only four-year, public university in Ventura County and is known for its interdisciplinary, multicultural and international perspectives, and its emphasis on experiential and service learning. CI’s strong academic programs focus on business, sciences, liberal studies, teaching credentials, and innovative master’s degrees. Students benefit from individual attention, up-to-date technology, and classroom instruction augmented by outstanding faculty research. CI has been designated by the U.S. Department of Education as a Hispanic-Serving Institution and is committed to serving students of all backgrounds from the region and beyond. Connect with and learn more about CI by visiting CI’s Social Media.