This article was written by CSU Libraries on August 17th, 2016.

Makerspaces have become increasingly popular additions to libraries, allowing visitors to learn and apply hands-on creative skills in tandem with traditional scholarship. Several CSU campus libraries have developed maker spaces, adopting maker culture, which values creation as an alternative to consumption. Both makerspaces and libraries provide informal learning opportunities, so it’s not surprising that libraries are serving as facilitators and incubators for the accessible, collaborative culture that makerspaces strive to create, according to Isis Leininger, Coordinator at Oviatt Library’s Creative Media Studio, CSUN.

“Beyond just providing access to innovative technologies, makerspaces are a place to discover those technologies, use them, and in turn cultivate student engagement,” added Jenny Wong-Welch, Director at Love Library’s build IT, SDSU.

Both the Creative Media Studio at Oviatt Library and build IT at Love Library were among the first mini makerspaces to appear on CSU campuses. “In the beginning we had a more basic makerspace focusing on providing more general, multimedia software and better cameras in response to increased multimedia projects in classes,” Leininger said. “But now we’re going beyond equipment.”

According to Wong-Welch, the makerspace that she helped to found grew out of a personal interest in technology. “Right about the time I started doing 3D printing, I did some workshops, so that became the stepping stone for incorporating my own interest in electronics into helping students actually make things,” Wong-Welch said. 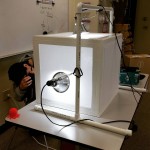 A light box, built in build IT, can now be used by other makers to show off masterpieces. 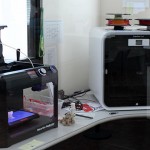 Benefits of a makerspace

From virtual reality equipment to advanced digital editing software, students have access to explore and utilize a variety of tools and platforms. Even in their infancy, the two makerspaces at Love and Oviatt libraries have given students opportunities to grow beyond what they learn in the classroom.

“Students here are really gaining the opportunity to build interdisciplinary skills and go beyond their major. Meeting people from other majors and being in a collaborative environment like this is preparation for their future careers,” Leininger said.

“I think that this learning community helps to build universal digital skills in a newer manner than you would in a class. But you are also building workplace skills and you get a chance to learn about the design process which lets you conceptualize, design, engineer, evaluate, and reiterate,” Wong-Welch added.

“Students here are engaged and love being here. The recording studio is pretty much occupied all the time. People from all different majors have come together to make this a very popular space,” Leininger said.

Students excited to learn and share new skills become so highly involved with these spaces that makerspaces are able to organically foster student communities and connections, Leininger explained. Oftentimes, students have the opportunity to play larger roles within their makerspace community as student assistants.

“The biggest way to keep a makerspace going is to involve students and give them ownership of their learning community, so that they can call it their own and feel more invested,” Wong-Welch added. “By maximizing student engagement we are also providing internships and work experience that could lead to real jobs.” 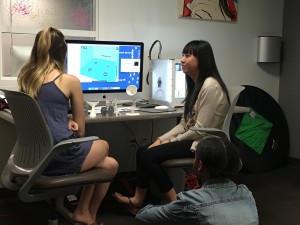 As library makerspace communities grow, staff are actively planning to provide students with greater access to more maker tools and nurture even more creativity across their campuses.

“I think makerspaces will become even more popular and become part of every library. We’re looking forward to expanding and we’re always trying to improve,” said Leininger. “Hopefully if we get enough funding we can start a maker club and get a green screening room next.”

“What I love about the makerspace is that students might have an idea and they know that there is a community where they can actually produce what they envisioned,” Wong-Welch said. “And I believe the library, as a huge social hub of different students, is a great place to foster and help actualize those ideas.”

Maker culture across the CSU

Many other CSU libraries are enhancing their campuses’ learning potential by fostering maker culture. Here are some of the exciting initiatives being implemented.

At time of publication, still more programs are taking shape across the state. At Cal Poly San Luis Obispo, Robert E. Kennedy Library is collaborating with the campus’ Innovation Sandbox to expand and move their location to the library. Cal Poly Pomona University Library has allocated a section of their building for a maker space with plans to hire staff. At Chico State, the Meriam Library plans to establish a maker space in the future, and the Sacramento State University Library is in the process of raising funds.

CSU libraries are operationalizing maker culture in a variety of styles, formats, and programs, but their goals remain consistent: provide access to information and technology, teach new skills, and create a safe, welcoming learning environment. These core values have always been at the heart of the libraries’ mission, and the future holds exciting possibilities for maker culture to continue enriching library learning.